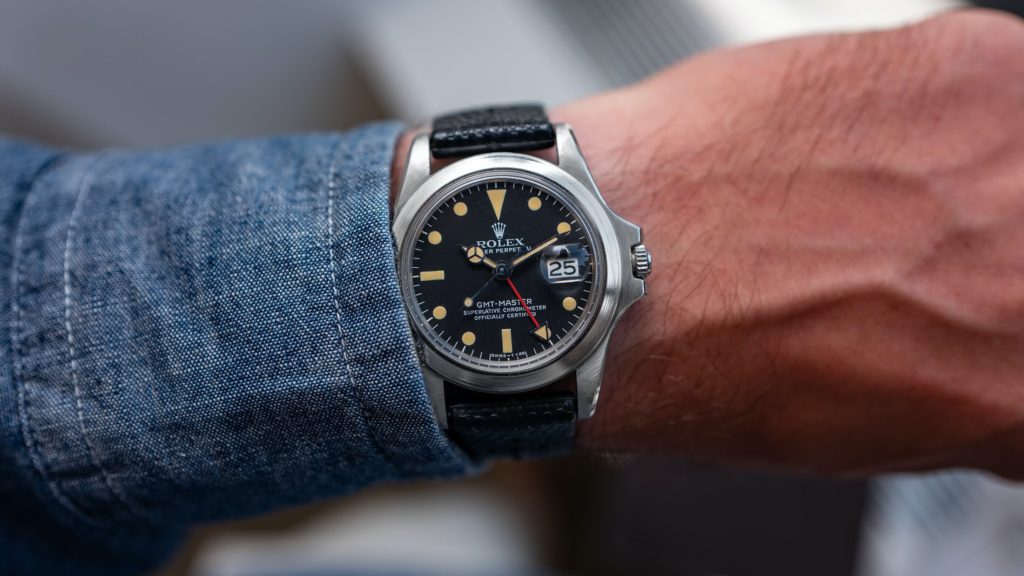 There’s something special about Rolex watches. The rare and unique Rolex watches are the holy grail of timepieces and ones that collectors and investors fight over vigorously at auctions worldwide for. They are to watches what Lamborghinis are to cars or what Gucci is to fashion.

Rolex, as a watch brand, is the most valuable in the world. They are also one of the most expensive watch brands in the world which make the iconic models a true status symbol. Owning an exclusive timepiece like a Submariner or a Daytona is almost like a medal for success. If you have one, then the perception is that you’ve done well in your life.

Why Are Rolex So Special?

There’s a number of things that make Rolex a very special brand.

There is also something else that makes Rolex a very special brand. The association and history it has with  the rich and famous. Rolex has been worn by icons of sport, politics, movies and business worlds. People like Paul Newman, Elle Macpherson, Steve McQueen, Winston Churchill, Che Guevara, John F Kennedy, Marlon Brando, Dr Martin Luther King, and Cristiano Ronaldo are just some of the most popular Rolex owners.

Below we have listed the top ten most expensive Rolex watches ever. The Rolex Platinum Diamond Pearlmaster is a limited-edition timepiece that has a 39mm dial. It’s made from meteorite diamond and there is 42 diamonds on the custom bezel. It was first released in 2011 for with a price tag of $277,850. 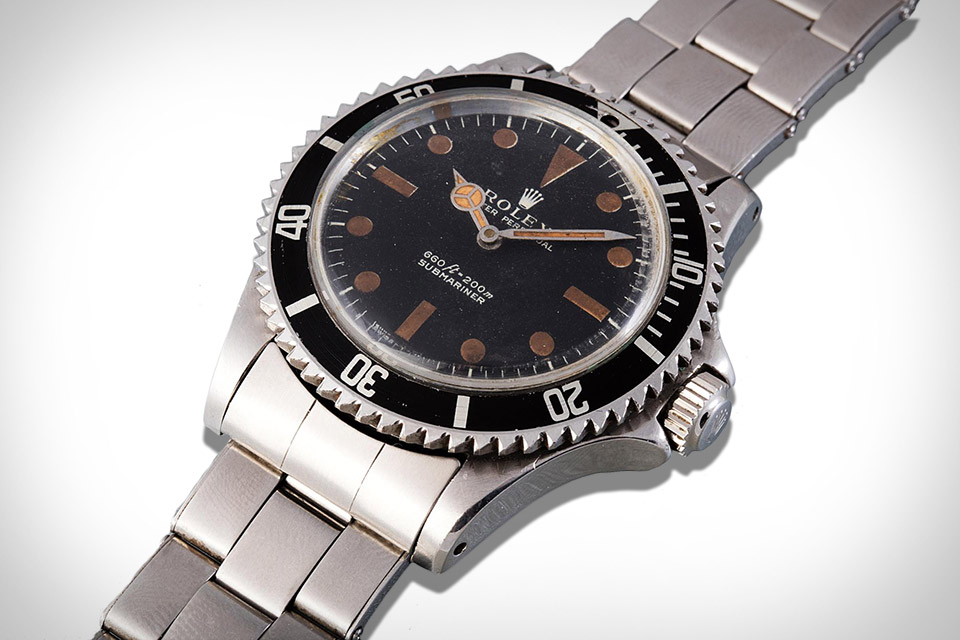 Watches tend to sell for more when they have a story / history behind them. This Rolex is one of those watches. It was worn by Sir Roger Moore while playing James Bond in the movie Live and Let Die in 1973 and was modified especially for this film. If you look at the bezal, it looks like a circular saw. This was so that James Bond could cut a rope in the movie.  In the film, the watch also has a “magnetic film” which was used to unzip a woman’s dress. Unfortunately this was just a feature in the film and not in real life.

This Rolex Submariner, which is signed at the back by Sir Roger Moore, was sold for $365,000 at an Auction in Geneva in 2015. It’s actually useless as a watch because it was so heavily modified, it no longer works. 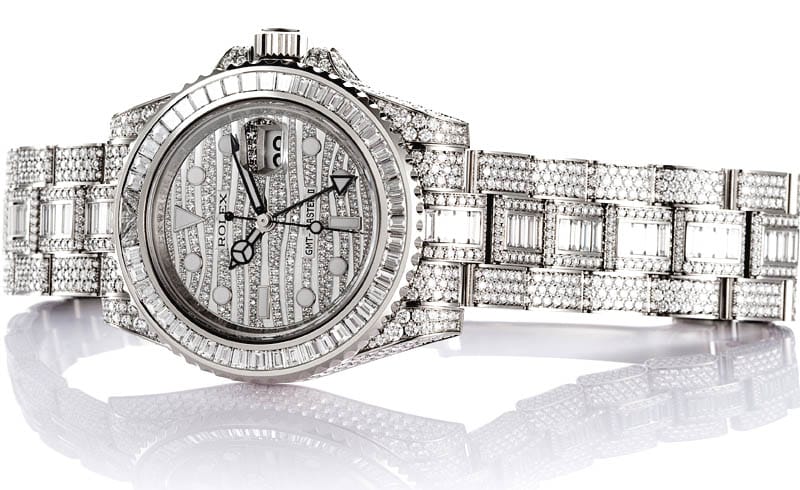 The Rolex GMT-Master Ice is most famous for belonging on the tanned, muscular arm of football superstar Cristiano Ronaldo . He wore this incredible Rolex timepiece during the 14th Dubai International Sports Conference. It caused quite a stir as it is the most expensive new Rolex you can buy (that’s if you can find a stockist that would sell it to you). If you’re lucky enough to have the right to buy this Rolex, it will set you back a cool $485,350. Price is very much dependant on the market price for diamonds at the time you actually buy it. Diamond prices go up and down quite a bit, so time it right and you could bag yourself a bargain (if there’s such a thing).

The Rolex GMT Master II Ice surprisingly enough is fully covered in diamonds and is made from white gold. The dial has an unusual diamond and gold wave pattern, which draws the eye. 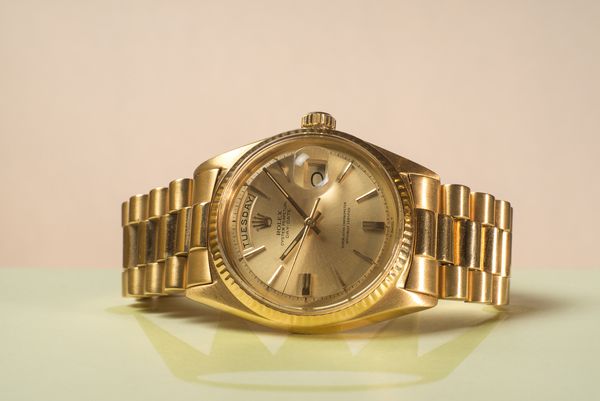 This is a modern classic and one of the most iconic and prestigious Rolex models. The Jack Nicklaus Rolex Day-Date sold for a huge $1.22 million at a Phillips auction in December 2019.

Again, with most watches that sell for $1m+, this time piece has a unique story behind it. This watch was give to legendary golfer Jack Nicklaus in 1967 by Rolex themselves. The yellow gold Day-date watch, on a President bracelet, was worn everyday by Jack Nicklaus. It’s quite fitting that he was given this amazing gold watch, as he was known as the Golden Bear.

Jack Nicklaus wore this watch in 12 of his 18 professional major championship titles, which makes this watch very special. It’s probably the most photographed watch on a sportsman, as you can see it on his arm when he held up the championship trophies.

This is what Jack said about his Rolex:

“This is the very first watch I ever owned, and the only watch I wore for every professional tournament I’ve won throughout my career,” Jack Nicklaus said. “It has accompanied me at U.S. Opens, Masters Tournaments, PGA Championships, Open Championships and countless other events for over five decades, and has served me well at every step along the way.“

The greatest thing about this watch was that all sale proceeds went to Nicklaus’ charitable Foundation that cares for children in need around the world. What a great man he was. 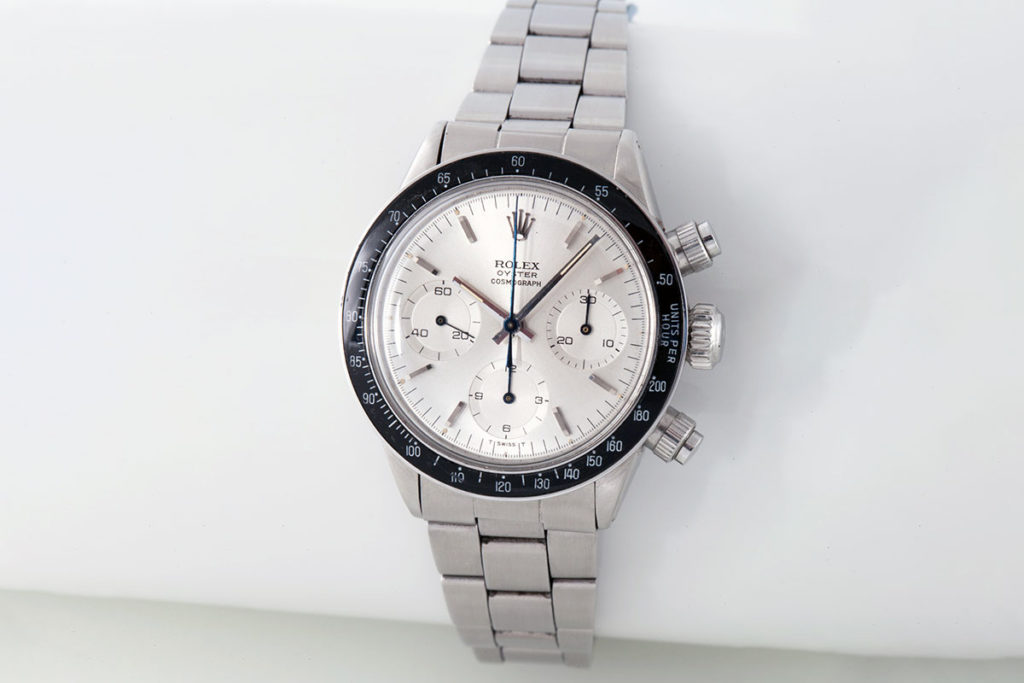 Eric Clapton’s Rolex “Oyster Albino” Cosmograph, sold for $1.4 million at a Phillips auction in Geneva, Switzerland. The watch was sold before at a Sotheby’s auction in New York back in 2013 for $505,000. Fast forward 12 years later, Eric Clapton’s Daytona was once again sold. This time it went for $895,000 more than what the previous owner purchased it for (177% profit).

The Rolex “Oyster Albino” Daytona is a very special timepiece, not just because of the original owner, but because only four pieces are available with the dial in a single colour. The Daytona is only known to have two colours on the dial to make the chronograph totalisers contrast with the rest of the dial.

Here’s another Rolex watch with a great back story. Worn by Academy Award winner Marlon Brando in the movie Apocalypse Now, this Rolex GMT ref. 1675, manufactured in 1972, sold at auction for a massive $1.952 million in December 2019 at a Phillips auction.

Here’s the back story that makes this watch so very special and sell for as much as it did. Marlon Brando wore the watch on a black strap with its bezel missing, which Francis Ford Coppola had requested. He wanted the bezel removed because it would stand out too much in the movie. Also to top it off, the watch has Brando’s name carved into the back. As you can imagine, the watch was sold after some very intense bidding. I think $1.952 million is a bargain. If this watch was to go back up for sale, I can see it going for around $5m now. 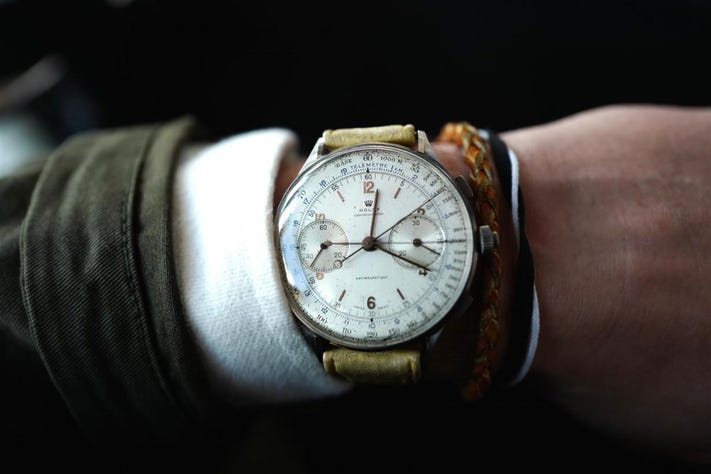 The Antimagnetique Rolex is the forth most expensive Rolex ever and was initially produced as a gift to commemorate a racing team. It sold in May 2016 for $2.5m. It’s the oldest Rolex in the top ten. It’s a unique watch from Rolex as it comes in a 44mm case, which is extraordinarily large for Rolex. This watch by Rolex is the largest case they have ever produced and only 12 of them exist today.

Previously this same watch sold for $1.16million in 2013. So in 3 years the price increase was an eye watering 116%. This just shows the massive price increases for rare Rolex timepieces. 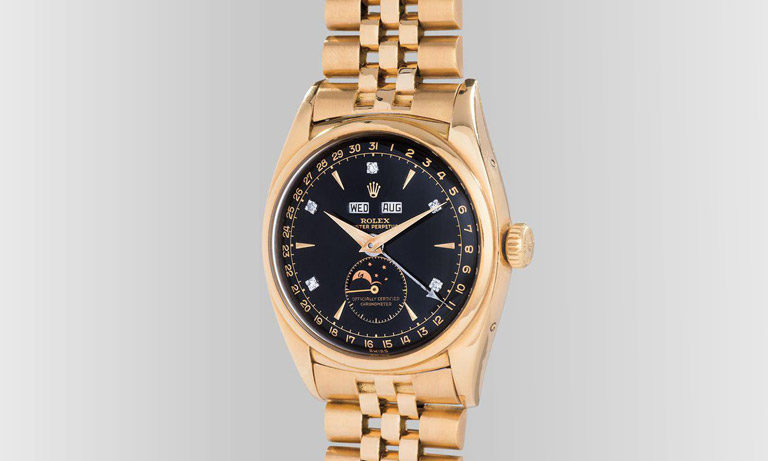 Uniqueness and rarity in watches tend to equal high sale prices. This watch has both these attributes in abundance. The Rolex Bao Dai is one of the most iconic Rolex models. It’s instantly recognisable among watch collectors and Rolex fans. alike. It sold for just over $5.1 million in 2017. It was first sold in 2002 for $235,000, which at the time was the highest price ever paid for a Rolex timepiece.

This Rolex watch was initially sold to the last emperor of the Nguyen dynasty in Vietnam in 1954. Back in the 1950s, the Bao Dai was the most expensive model in the whole Rolex collection. The combination of the gold case and black dial made this a very rare configuration. Reportedly there was only ever 3 timepieces made. To make this Rolex even more sought after, out of the 3 watches made in this model, this piece is the only one to have diamond markets on the even hours. 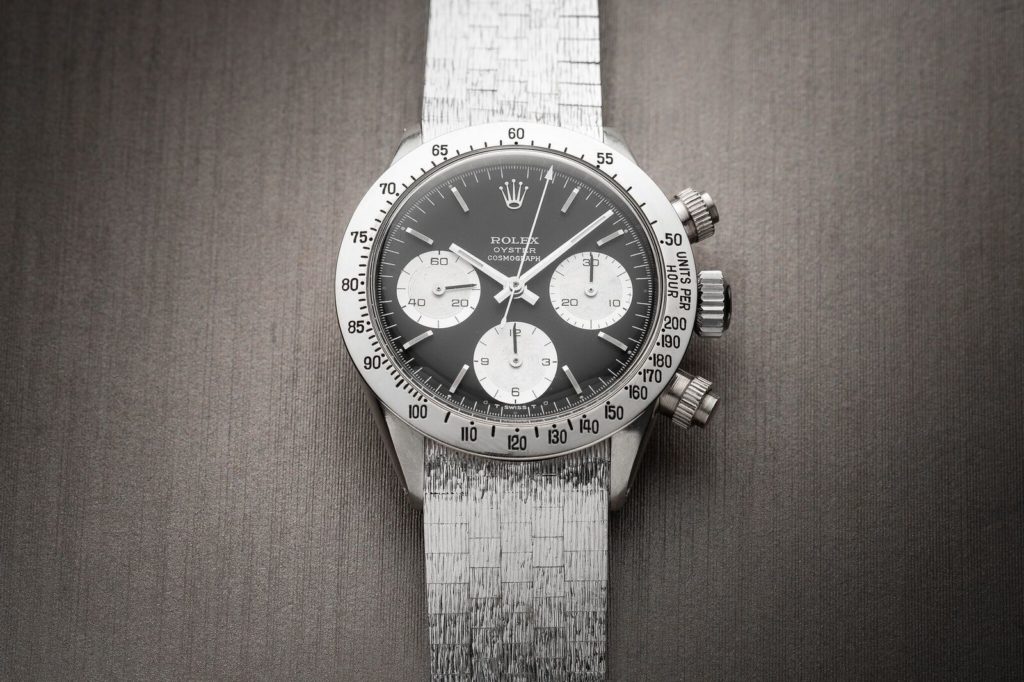 One of my favourite Rolex timepieces ever. The 1970 Rolex Daytona was sold for $5.9 million in 2018. You can see why. This model is the only model available in 18-karat white gold, which is why it has the nickname of “Unicorn”.

Most Rolex Daytona produced at that time were constructed in stainless steel. Because this model was made in 18-karat white gold, it gives the watch the uniqueness and rarity value that all collectors clamber to when it eventually comes up for auction. 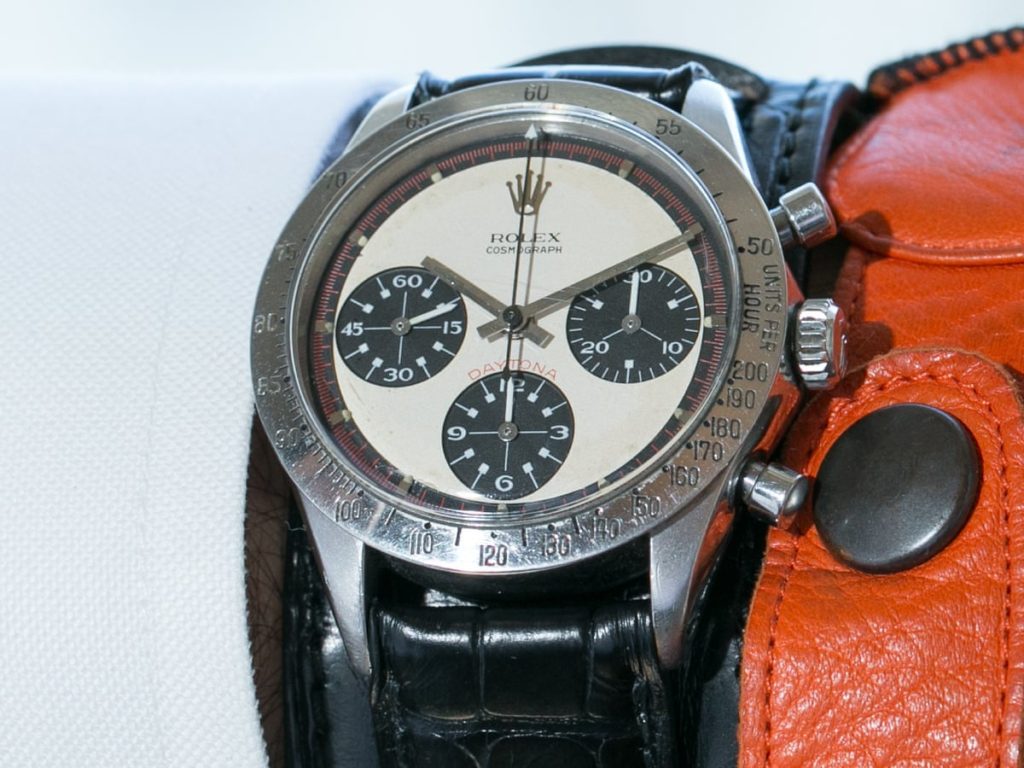 There hasn’t been a more valuable Rolex watch than the Paul Newman Rolex Daytona. It is the single most expensive Rolex ever sold and was purchased for $17.8 million at an auction in 2017. It is in fact the most expensive watch ever sold. It surpassed the previous record holder, a 1943 Patek Philippe perpetual calendar chronograph, which sold for $11m in 2016.

The Paul Newman Rolex Daytona isn’t a rare model. It isn’t even made from a precious materials. What is has though is a very unique story. A very precious history. A moment in time is captured. This is what watch collectors are most interested in. The watch itself was given to Paul Newman by his wife, Joanne Woodward as a gift, while he was filming the movie “Winning”. 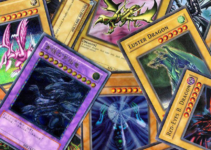