Lego have made toys for just about any theme that is popular amongst both kids and adults alike. We’ve covered some of them in our Harry Potter Lego set guide and our Star Wars Lego sets guide. But some of the themes are more traditional and have stood the test of time. In this case, we are talking about the best Lego train sets.

Train sets from LEGO are popular and classic toys among kids of all ages. It’s easy to spend hours of fun piecing these complex sets together. Through the years, LEGO has produced dozens of unique train sets fit with various levels of power capabilities. Here are ten of the best LEGO train sets available on the market today. The High-Speed Passenger Train from the LEGO City Trains line is a fun and intricate working train set. The set includes a motorized high-speed train with a sleek, aerodynamic look plus high-speed electricity contact points. The roofs of the train are removable and the train cars contain tables and sets. The train operates using a special 8-channel, 7-speed infrared remote control. This set has everything needed to get the train up and running, including a full circular track complete with 16 curved rails and four straight rails.

There’s a way station that sits in the middle of the train tracks, consisting of a small platform with two bench seats, a train map for LEGO City, a railway warning sign with attached lights and a bicycle to cross over the tracks. The set contains three unique LEGO minifigures, including a train driver who sits in the driver’s cabin, a train traveler and a cyclist for the way station. This high-speed LEGO train set is a modern twist on a classic favorite. This unique Cargo Train set from LEGO City Trains includes a bright blue motorized locomotive train. The locomotive is put in motion using the 8-channel, 7-speed infrared remote control and the included train tracks. The set also features an exciting crane that loads and unloads large cargo from the rolling truck or cattle wagon to the locomotive. Cargo contained in the set includes an assortment of industrial-style goods, drums and even large animals.

The set features four new LEGO minifigures, including a forklift driver, train driver, farmer and truck driver. This set contains endless functions and possibilities, and makes a great gift for any locomotive enthusiast or collector. A special from the Disney movie The Lone Ranger, this Constitution Train Chase set from LEGO is an unbelievable total of 699 pieces. The Constitution train is an impressive locomotive with outstanding detailing, including a coal car with a secret hideout for minifigures, an attached wagon with a rotating gun plus an old jail style prison wagon. The set includes seven minifigure characters from the movie in addition to the Lone Ranger’s horse, Silver, and numerous weapons to attach to the hands of minifigures. This train set is an impressive release from the LEGO brand. The Emerald Night train set from the LEGO Creator line has a powerful appearance. The train itself is a locomotive style and is dripping with incredible details, including an operating steam locomotive, a furnace, a dining car with removable roof, opening doors and tender plus an extraordinarily detailed interior. When in motion, the locomotive’s wheels move piston-style, making this LEGO train an extremely unique one. The Emerald Night train set is one of the most detailed sets LEGO has ever released, making it a popular item among LEGO collectors and train enthusiasts alike.

This kit is one of the best LEGO train sets aimed at younger kids of 7 years or older. The LEGO Red Cargo train set contains hours of fun within its 831 pieces. The cargo train itself includes the main engine and three additional wagons (a tipping wagon, hazardous goods wagon and flatbed wagon). The set also includes a working conveyor belt for loading cargo onto the train’s wagons in addition to a railroad repair truck. The train itself operates with a remote control. The set also includes a whopping 40 flexible tracks in addition to four minifigures of assorted railroad workers. This retired LEGO train set is in popular demand by LEGO collectors. This impressive Maersk Train from the LEGO creator line is perhaps the most realistic-looking LEGO train set available on the market today. The set’s containers are marked on each side with the original and iconic blue Maersk logo, giving this train set an authentic replica feel. The train itself is an extra-long diesel-electric model, measuring 36 inches in length. The driver’s cab and side panels on the two wagons and three containers open to reveal even more exquisite detail on this Maersk model. One of the containers reveals a refrigeration container’s interior when its door is opened.

The set includes a detachable trailer, a rolling shunter truck and three rare Maersk railroad worker minifigures. The train operates in motion using LEGO Power Functions and tracks, which are not included but can be easily purchased from the manufacturer. Since this is a challenging and intricate LEGO set, this particular train set is best suited for experienced or adult LEGO builders.

This is one of the best LEGO train sets for older kids, aimed at 14 or older. The City Train Deluxe Set from LEGO includes a plethora of pieces. In addition to the train with working headlights and horn, a cargo wagon, caboose, crane car and flatbed car, the set comes with a three-channel remote control, roadster, truck, forklift, five minifigures with corresponding accessories plus 30 total pieces of railroad track. The set has a working crane that moves cars onto and off of the train’s beds. The train moves along the tracks in three different speeds in forward and backward motions. This Deluxe Set from LEGO’s City Train line is an intricate and complex choice for any LEGO lover.

This is one of the best lego train sets for kids between the ages of 6-12 years old. 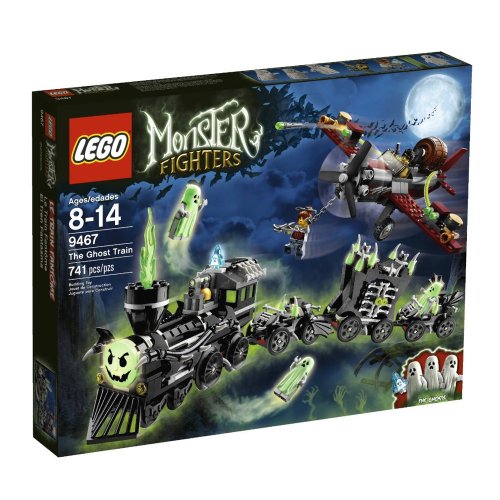 From the LEGO Monster Fighters line, this glow-in-the-dark Ghost Train sucks up scary ghost figures. The train is a locomotive style, featuring a prison wagon, detachable carriages and many more haunting elements. The set comes with an additional hero airplane that flicks missiles, spins its propeller and even has a vacuum weapon feature. It includes two human minifigures and three spooky ghosts. The Ghost Train is a 741 piece LEGO set that inspires hours of challenging fun. This limited edition 2015 LEGO Christmas Train is a family favorite, and continues to be so in 2020. The locomotive style train arrives in festive crimson and evergreen colors and is fit with a locomotive engine, a gondola car and a caboose that connect with ball and socket hitches. This train set does not have LEGO Power Function capabilities, but its small wheels roll smoothly to give the train motion. The 233 piece mini-figure set is filled with candy pieces and special tree accessories. Though a small model, this train is a fun and festive addition to a wide LEGO collection. 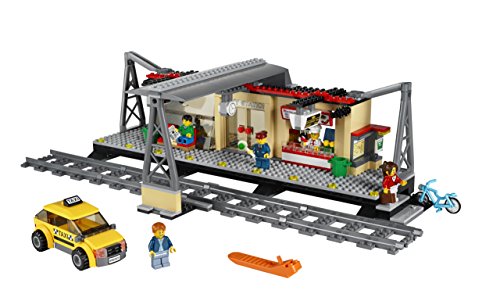 Though this is not a train set, this LEGO City Trains Train Station is an essential for any train or LEGO aficionado. It’s an extravagant train station set for LEGO trains and tracks to roll through. There’s a gray roof that flies out above the train station with a larger clock hanging from it. The station is highly detailed, featuring opening glass doors, an ATM, a train map, and more. The station includes a LEGO city shop filled with products like beverage bottles, a croissant, a pizza in addition to furniture like a desk, cash register, drink kiosk and menu signs.

The station has a bicycle stand and tiny security cameras. The set contains five minifigures, including a train conductor, a chef, a taxi driver with a corresponding taxi plus two train travelers. The train station set arrives with wide rail starter tracks. It’s the perfect addition to every LEGO collection and makes a great gift for any LEGO enthusiast.

Other Great Gift Ideas For Kids on TopTenSelect.com 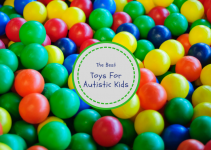 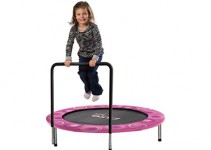 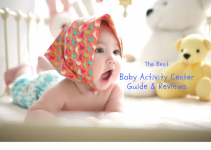 Browse for Toys and Gifts By Age: