An inverter generator is the masterful result of combining these two technologies using magnets and advances in electronic circuitry. Most inverter generators begin by creating AC electricity like a standard generator but then convert it first into direct current (DC) before inverting it back into AC power. The benefits of using an inverter generator include the fact that the electrical current produced is stable, smooth, and free of fluctuations in voltage and frequency.

Because of the advanced technology inside of an inverter generator, the size and weight of the unit is usually much less than that of a standard generator. Instead of having to rely on outsized, heavy units to reliably generate electricity, today’s inverter generators are often as light as 30 pounds and small enough to easily fit in a boat, car, or recreational vehicle. Best of all, inverter generators rely on breakthroughs in sound-dampening technology, mufflers, and quieter engines to produce far less noise than standard generators, which can be as loud as 75 decibels, the same sound range that includes jet engines and chainsaws.

A Mini Buyers Guide for Choosing the Right Inverter Generator

Before choosing an inverter generator, there are a number of technical specifications to consider, including:

By listing all of the combined wattages of the devices and appliances you plan on being operational when the inverter generator is turned on, you can accurately calculate the amount of starting watts that you’ll need your inverter generator to be able to produce.

In some cases, you may be in the market for an inverter generator that can be permanently installed at a given location. But whether you plan on using your inverter generator in a car or on a boat, RV, or other form of transportation, it is important to pay attention to the overall weight and size of the inverter generator. Breakthroughs in electricity generation mean that powerful inverter generators now exist that are small and lightweight enough to be easily transported from one location to another. With an easy-to-find bright yellow and gray design, the WEN 56200i is a CARB-compliant inverter generator delivering a steady flow of 2,000 starting watts or 1,600 running watts. Producing the same amount of noise as a standard conversation, the WEN 56200i uses an EPA III compliant 79.7 cubic centimeter four-stroke engine to deliver electricity via one 12-volt DC outlet, one five-volt USB port, or two grounded 120-volt AC outlets. Ideal for power outages, job sites, campgrounds, and anywhere else that you need an instant source of smooth and reliable electricity, the WEN 56200i weighs just 48 pounds and measures 18 by 11 by 18 inches in size. From one of the biggest names in generator technology, the Honda EU2000I is designed to run as quietly as 53 decibels while producing up to 2000 starting watts or 1,600 running watts. The Honda EU2000I produces a steady current of electricity safe enough for use with laptops and mobile phones via the single 12-volt DC outlet and two 120-volt AC outlets. The Honda EU2000I weighs just 46 pounds when empty and comes with a 0.95-gallon fuel tank to produce electricity for up to eight hours before needing to be refilled. From one of the most recognized names in power production, the Energizer eZV2800 uses a powerful 3.8 horsepower 125 cubic centimeter motor to quietly and efficiently produce up to 2,800 starting watts and 2,600 running watts of reliable energy. The Energizer eZV2800 is designed to operate for up to six hours at 75% load and comes equipped with two 120-volt AC 20-amp (ideal for household appliances), one 120-volt 30-amp (ideal for RVs), one 12-volt DC, and one 5-volt USB outlets. The Energizer eZV2800 is fully EPA and CARB compliant, and features an easy-to-use one button electric starter button. 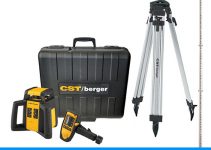 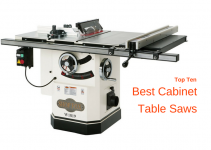 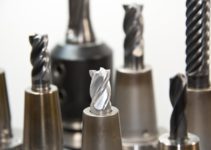