Wireless routers are an increasingly vital piece of hardware in most homes, yet purchasing one can be daunting. With obscure letter codes such as G, N, and AC; technical terms such as single-band, dual-band and tri-band; and numeric ratings like 750, 1900, and 3200, there is a lot of information to process when determining which product is right for you. To aid in this quest, we are going to break down some of the key features of a wireless router, and take a look at ten of the best wireless routers on the market.

What Is a Wireless Router?

A router is a device that takes the internet signal coming into your home and shares it between multiple devices. As data comes in, it is inspected and then “routed” to the appropriate device on the network. While a standard router does this through a cable connected to each device, a wireless router converts the data into a radio signal, freeing you up to use your device anywhere you like. The difference between a Wireless Router and a Wireless Repeater, is that a repeater needs a router but a router doesn’t need a repeater. Wireless Repeaters are only relaying the signal from a router but cant act as a router on their own.

Wireless routers are rated according to a set of standards set in place by the WiFi Alliance. Most routers on the market today are either rated as either N or as the newest standard, AC. Most of the newer devices in your home will be equipped with a WiFi adapter operating on one of these two standards. (Devices are backwards compatible so AC devices can still attach to an N rated router.) Within each standard there is a range of speed at which data can be sent back and forth between your devices. We will be looking at routers in both categories as each can be used as a general purpose router.

So why not check out what we think are the best wireless routers on the market today. The Asus RT-N18U operates under the Wireless N Standard. This router uses an energy efficient processor and proprietary TurboQAMTM technology to achieve speeds up to 600 Mbps, which is 33% faster than standard wireless N. The router also features Five Gigabit Ethernet ports for wired device connection as well turbo NAT for faster internet performance.

In addition to the speed and performance features this router offers, it comes with the added bonus AirRadar which increases the range by up to 50%. This is a great feature for those who live in large or multi-story homes. The Netgear WNR2500-100NAS is a Wireless N router has been enhanced to deliver fast 450 Mbps speeds without compromising your data. With power boost antennas, this router is also able to achieve excellent coverage in challenging locations. In addition this router includes parental controls which allow you to determine what sites can and cannot be accessed.

Managing the router is easy using Netgear’s proprietary home network management software. Netgear produce some of the best wireless routers on the market, and is a brand you can trust for reliability and quality of build. The Cisco-Linksys E3000 packs a large punch into a tiny form factor. With no external antennas, this tiny power house will provide superb coverage without cluttering up your workspace. Yet don’t let the lack of visible antennas deceive you. Inside the case there are 6 internal antennas pushing data throughout your workspace.

One of the greatest benefits of the E3000 is that it feature duel band technology. Sending out signals on both the 2.4 GHz and 5 GHz bands, this router allows to surf the web and stream video on multiple devices simultaneously at 300 Mbps.

In addition to the wireless capabilities, the E3000 also features ports for 4 additional wired devices. The Medialink AC1200 is a power house router that takes full advantage of the Wireless N standards. Optimized to run at 1000 Mbps wired speed and a AC 1200 Mbps combined wireless speed. These kind of speeds are great for seamless 4k streaming or gaming. The wireless range is boosted via two high powered antennas and can even enhance existing Wi-Fi signals with it’s build in range extender technology, making it a great choice for large houses and office environments.

The Medialink AC1200 Wireless Gigabit Router also comes with a parental controls feature and a high performing firewall to keep your devices safe and secure. You can even control the bandwidth for connected devices, which can be particularly useful in office environments if you need to ensure critical data streams are given priority and uncongested. The final Wireless N Router on the list is the TP-LINK TL-WR841N combines great features with an affordable price. Running at 300 Mbps, featuring a set of external 5dBi antennas, this robust router offers great power and performance.

Setup of the router is simple with the Easy Setup Assistant, while parental controls allow you to limit what your users have access to. The router also features 5 wired Ethernet ports for connecting additional devices. This dual band router provides blazing fast throughput in both the 2.4GHz & 5GHz frequencies and features a combined speed of up to 1900Mbps. The router is built with 128 MB flash and 256 MB RAM, making it one of the fastest home routers you can get.

Featuring three antennas, this router provides excellent coverage in even the most challenging of setups, ensuring that your signal remains strong and stable. The are 5 Ethernet ports on the back of the router, allowing connection to all of your wired devices. The Asus RT AC87U is a high powered router which combines dual band technology and optimized data to achieve combined speeds of up to 2400 Mbps. Even 4K ultra HD streaming is no problem for this router.

Coverage is excellent with the RT-AC87U’s 4 external antennas, while the parental controls allow full control over the data passing across your network. 5 rear Ethernet ports provide additional connection options for your wired devices. Featuring the Linksys easy setup software, this dual-band wireless AC router provides the power you need to stream data to multiple devices simultaneously without worrying about fighting over bandwidth. Featuring speeds up to 1900 Mbps, this router can handle full HD and 4K streaming without buffering or pauses. Packed with both internal and external antennas, the TP-Link Archer provides excellent signal coverage and range for your devices. Operating at speeds up to 1200 Mbps, this dual band router provides great power and throughput for both streaming and heavy data usage.

With parent controls, easy to use setup software, and a sleek profile, this is great all-around router for both home and business usage. When you need a robust router with a sleek and unobtrusive profile, look no further than the Belkin AC1600 Dual-Band router. With a slim-design, no external antennas, and an included display base, this router is looks as well as it works.

Don’t let this router’s good looks fool you however, underneath it’s classy exterior is a workhouse. Featuring a combined speed of 1600 Mbps, this dual-band router can support multiple devices without missing a beat.

With powerful internal antennas and QoS technology to optimize your gaming, this router makes an excellent choice for home internet users.

Finding the best wireless router can be challenge, but hopefully this list will assist you in finding the best option for your network. When shopping for your next router, be sure to take into account the size of your space, the number of devices, the type of data you will be accessing, and the control features you require. 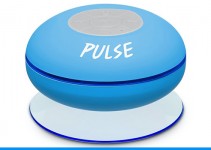 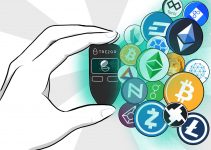