As much as technology has evolved, there still exists a reason why people continue to see movies at the theater rather than just watching them in the comfort of their homes. Aside from the huge silver screen, one of the reasons that draws people in is the powerful surround sound. Nowadays, just about everyone has a flat screen television, but they don’t have the same powerful audio hardware to match it. That’s where the best 5.1 speakers come in.

Sound Quality:
The right 5.1 speakers obviously sound better than the rest. This is the most important factor to consider, perhaps only second to budget.

Additional Features:
Depending on the speakers you get, you’re going to get different features, so you’ll want to know which ones in particular you want to get. Do you want Bluetooth speakers, floor speakers, wall mountable speakers or portable speakers? These are all some of the features the best 5.1 speakers can feature in 2020.

Price:
Naturally, it’s best to get the most value for your money. Expensive isn’t always better, but the best isn’t going to be inexpensive, either. Critically acclaimed by experts and users alike, the RM6750 5.1 Channel Home Theater Speaker System by Polk Audio is one of the best you can get today. It’s the best choice for those who are seeking cinema-quality excitement without paying nearly the same cost as a facility would have to. The setup includes a power port bass vent that allows for a better response in the lower midrange. Not only that, but its design allows for a truly rich sound from within, featuring ground-shaking bass and a powerful amplifier. It’s an affordable system that doesn’t lack in quality or audio. The Energy Take Classic System is a compact system compared to others on this list, but they’re still excellent in audio quality. Not only that, but they also look nice thanks to its piano-black matte finish. The system is a pleasant one to look at and use, giving it plenty of value. In all, you’ll receive six speakers that include a 3-inch polytitanium midbass driver and four satellite speakers. Each of the satellites include removable grilles. The system finds a perfect balance between an affordable price, a high level of sound quality and a great appearance that can only be described as stylish. At the end of the day, it makes a great choice for those who want some elegance along with their quality purchase. Unfortunately, it cannot expand on to 6.1 or 7.1 channels. With the JBL CS480 5.1 Channel Home Theater System, you’re getting a small and elegant but powerful system, much like the Energy Take. It too features four satellites along with 3.5-inch drivers and advanced dome tweeters along with a horizontal center speaker that can deliver powerful dialogue that is crisp and easy to understand. At the same time, it can still rock the room with a 125-watt subwoofer that doesn’t crack under heavy bass. It features all of the high tech of any modern JBL sound system, capable of handling all kinds of high-resolution media. At no point will you have to deal with distortion.

With the SP-SB03, you’ll have access to superior sound for music and movies alike. All of that great hardware is packaged inside a build that any engineer would admire. It have all of the features that a typical user would need, such as Bluetooth and a cable connection to the television, for an affordable rate. The most extravagant thing about this speaker is its wide cinema sound, and it’s no gimmick–it sounds fantastic. Featuring a 1-inch soft-dome tweeter, three 5.25-inch surface woofers and a number of other features, the SP-FS52 tower speaker immediately stands out from this setup. After all, other competing speakers for those with similar budgets feature one or two woofers. Having three woofers delivers augmented bass that also protrudes from the rear, meaning these shouldn’t be set against the wall. These full-size tower speakers are excellent for any application.

Most home audio systems tend to rely on a general rule of thumb. Pick just two from the list: cheap, compact, great audio. The keyword here, however, is “most,” because the same cannot be said for the Fluance AVHTB. This is probably a company you haven’t heard of before, but it’s likely you’ll be seeing more of the Canadian company more and more. It is capable of producing outstanding speakers for a nominal fee compared to the cost of other competitors. This model in particular includes 27-pound three-way tower speakers standing at 33 inches along with a few other surround speakers at half the height. It’s not uncommon to hear someone claiming that they are capable of delivering surround sound without the inclusion of additional speakers, but these tend to be overhyped scenarios. However, this particular sound bar system is one that might just live up to the hype. This is because it doesn’t rely on just a sound bar and subwoofer; it also augments the experience with the inclusion of two rear speakers. This simple combination provides an excellent surround sound experience for those who aren’t quite yet able to afford the full setup. It’s a polished package with built-in Bluetooth and display, and it should work with just about any budget. It won’t sound quite as nice as the higher-end systems, but it’s great for what you pay for. For its size, the SoundWare XS 5.1 system is a quality set of speakers that can deliver audio well. However, it’s hard to deny physics; it’s not as large as some of the competition, so it’s not quite as capable in terms of audio quality. Even if you are looking for some basic speakers to put into your living room, it might not be the best choice if you have the budget to go bigger. If budget is the priority, however, you won’t go wrong with the quality that it has to offer compared to other similarly priced products. Sporting four satellite speakers, a powerful subwoofer and a center speaker for the complete 5.1 experience, the Monoprice 8247 is surprisingly good for its speakers. After all, the satellites only stand at six inches tall, and they only weight 1.8 pounds apiece. They don’t really look too appealing, either, and it’s a low-budget system altogether. Nonetheless, it sports an acceptable quality of audio for music and television. Measuring at 38.8 inches in height, these full-size towers weigh in at 33.4 pounds apiece. They’re definitely bulky, but they also have a powerful sound quality to boast along with it. Each of the towers includes a wonderfully designed cabinet that includes adjustable brass feet for sturdiness.

Once you’ve found the best 5.1 speakers for your home theater, you’ll never again want to pay so much money at the movies again. After all, you’ll be able to replicate the experience in the comfort of your own home.

Other great speaker guides on TopTenSelect.com 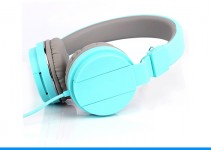 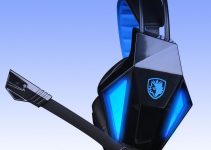 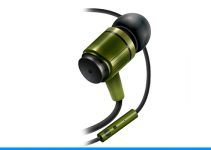