When you are tired of having to pay monthly rental fees to the cable company for a modem or router that is constantly needing to be serviced, you can purchase your own devices for less and have more control over your system. You can also get the units that will serve your needs rather than having to put up with the inferior device that the cable company provides. Although modems and routers are often sold separately, getting a modem/router combo can be a convenient option and save you more money. Here are 10 of the best modem/router combos for you to consider. When you are looking for a device that gives you plenty of speed and functionality, the Netgear Nighthawk is the one for you. Although the Nighthawk works only with the Comcast system, it is also the only combo device that is set up on the 24 x 8 channel bonding. The combo device includes four ethernet ports with gigabit capacity to allow you to hardwire equipment to the device when needed. The NETGEAR Nighthawk is one of the fastest modem/router combos available, allowing you quick internet access to your equipment. It might not be the most sophisticated looking case for a modem/router combo, but the Zoom Telephonics system offers far more on the inside than its plain looks reveal. Supporting 13000 Mbps of data, the Zoom system also includes Broadcom TurboQAM technology as well as a dual band system that lets you operate on both 2.4 GHz and 5 GHz band widths. Because the Zoom unit is not as well know, it is often much cheaper than other combos, but still provides plenty of power and the dual band capability gives it an advantage over other units. Featuring 4 ethernet ports and a WPS button for quick connect to other wireless systems, the Arris SURFboard provides incredible transmission range. Although the router speeds are limited, it still provides the speed of any standard router internet plan. The device is also backwards compatible, allowing it to be used with other older wireless standard systems. The device also features a MoCA networking port(Ethernet Networking over Coaxial Cable) to provide greater usage as well as Beamforming technology that focuses the signal to other stationary devices, allowing for the most effectiveness available. When you want a modem/router device that is simple to use and has a basic design, take a look at the NETGEAR N300. This device is one of the least expensive available, but still offers plenty of power and speed. The modem/router works with all major cable providers and provides plenty of versatility. The system includes a very easy setup, using push-button connections along with two ethernet ports and a USB port. NETGEAR is also well-known for outstanding customer support and works with the NetGenie App. Great for someone on a limited budget. When you want a modem/router device that is known as one of the best available, take a look at the ARRIS Surfboard N300. The device works with all major internet providers and is universally compatible, providing plenty of speed for a very budget-friendly price. The device is known for reliability and includes 4 ethernet ports for hard-wiring and is a very versatile device. The system is designed for quick WPS setup and is highly recommended for being a top modem/router combo system. The device features a stylish looking case with easy access to ports and push-buttons. When you want a simple system to use that is easy on your wallet and still offers plenty of speed and capability, check out the NETGEAR N600. The device is compatible with all major internet providers and includes a USB port, allowing you to share your hard drive with other systems wirelessly. The NETGEAR N600 uses the Netgear Genie system and makes for an easy installation process to your home network. The system uses DOCSIS 3.0 technology, allowing it to operate up to 8 times faster than normal download speeds. Get the maximum ADSL download and upload speeds when you purchase the Zoom ADSL device. The unit provides high-speed access to a variety of devices including e-readers and laptops. The device includes several network safeguards, including a firewall and uses the Wireless Distribution System(WDS) to operate with wireless repeaters. The device also operates with wireless N-technology and Broadcom ADSL systems. The Zoom ADSL includes a one-year warranty and is manufactured in Boston. The device works with many popular ADSL systems. It is not recommended to be used with AT&T U-verse. When you are looking for a device that will give you plenty of services in one unit, check out the N600 Wireless Dual Band system. The TP Link offers 2-USB ports that lets you share files as well as 4-gigabit port switch. The system uses a wireless N access point and includes versatile connectivity, allowing multiple internet connections on both Ethernet WAN and ADSL systems. The TP-Link device needs Broadband internet service to work and operates with both a media server and FTP server for maximum capability. When you want a modem/router device that is easy to use and cost effective, check out the NETGEAR Cgd24g system. The device includes a built-in external antenna with wireless access point that provides up to 54 Mbps. The double firewall system helps to protect against hackers and includes four ethernet ports, allowing you to hardwire the device to other devices like copiers and laptops. The Netgear device comes with a full year warranty and features a slimline design, allowing it to fit wherever you want. When you want a compact device, take a look at the Netgear Cgd24g. When you want a modem/router device that gives you plenty of bang for the buck, check out the NETGEAR AC1200 device. This system sits upright on a base and works with ADSL providers. The device includes Beamforming and boost speeds while offering plenty of range and reliability. The device includes a USB port with shared USB hard drives and an advanced QoS system that provides for a smoother gaming and streaming process as well as wireless accessibility.

Getting a modem/router combo device system will help you not only save money, but also save space on your desk or bookcase. A number of these devices are very compact and can give you a big advantage over rental devices provided by the cable companies. The modem/router devices are easy to use and simple to install, letting you spend time on your laptop or gaming device rather than having to wait for the system to get up and running. When you want a simpler system that gives you better speed and capability without relying on the cable companies, get a modem/router combo device. 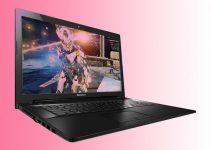 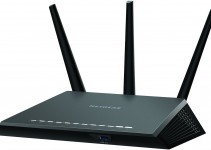